A Story about Rice, Cancer, and COVID-19

Exponential growth is fast. It's so fast, in fact, that it's not really possible for us as humans to intuitively understand just how fast it is. I suspect that's why they spent so much time drilling this topic into our heads when I was studying to be a software engineer. It's one of those concepts - like the fact that a feather will fall at the same rate as a bowling ball due to gravity, or the idea of quantum entanglement - which it's possible to learn and apply, but somehow our simple primate brain doesn't ever really want to fully accept it at some level.

There's an old Indian legend which is often used to explain the power of exponential growth. In this legend, there is a king who is a master at chess. He offers a challenge: if anyone can beat him in a game of chess, the challenger can name any reward his heart desires, and the king will grant it. 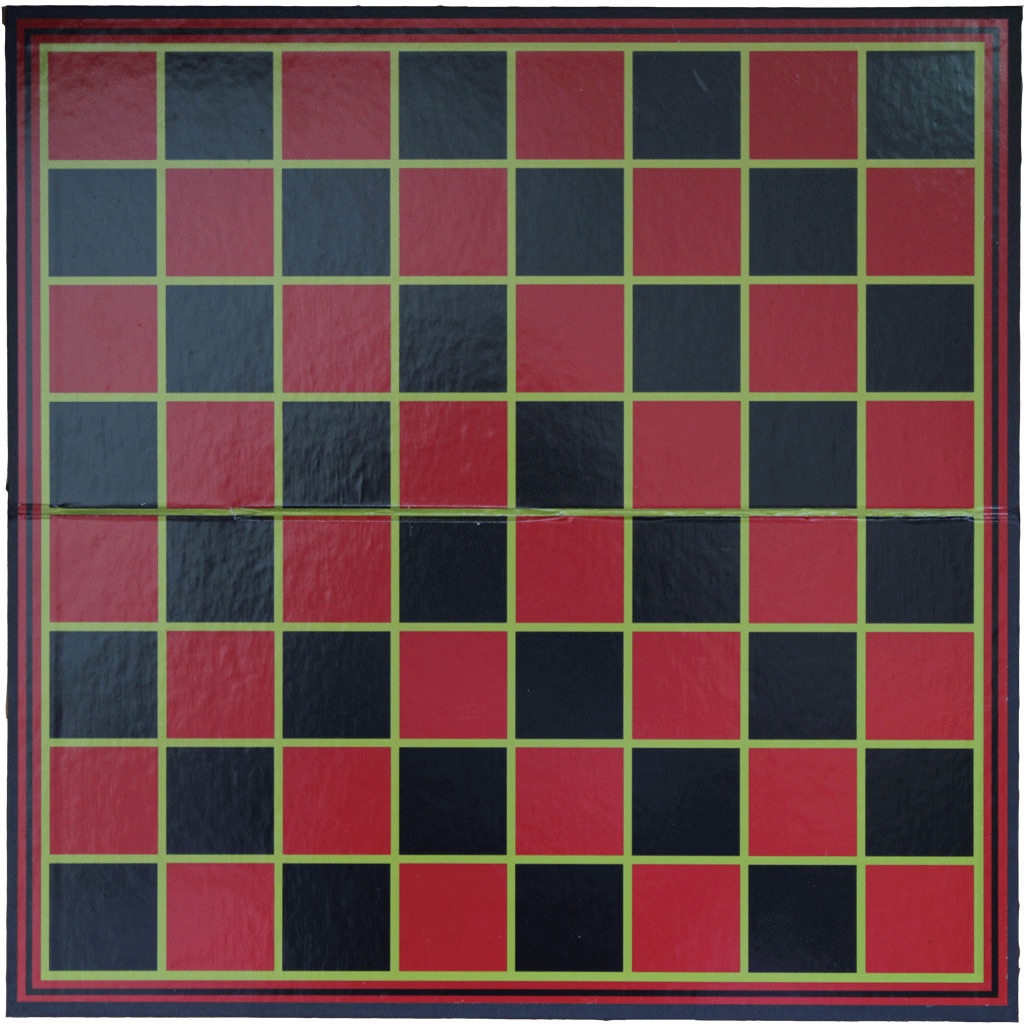 Exponential growth is fast. It's so fast, it's difficult to believe just how fast it is.

A couple years ago, the concept of exponential growth became less of an academic topic for me, and more of a present concern when my dad was diagnosed with cancer. Up until that point, I understood that cancer was deadly, and had a particular sense of #threat# in society, but I had never really taken the time to interrogate the mechanisms by which cancer comes to occupy this unique place of fear and inevitability in our minds. That was until the disease came to affect me in such an intimate way.

The reason it is so difficult to survive AML is because of exponential growth. By the time you have symptoms, this means that the reproduction rate of the cancer cells has long since surpassed the rate at which your body's immune system can deal with them. At this point the battle is already lost as far as your body is concerned. Each new cancer cell increases the growth rate farther, so the progression only accelerates until you eventually die. The only hope you have is to use chemotherapy to essentially kill enough of your bone marrow that all of the cancer cells have been destroyed, and then to replace it with a transplant, or else the cancer will return and overwhelm your system.

And this is exactly what we saw with my dad. When he first went to the hospital, the doctors explained to us the way they used white blood cell counts and blast percentages to measure the progression of the disease. So day after day, we awaited the numbers and used them to calibrate our moods end expectations.

At the beginning it was easy to be optimistic; the numbers went up gradually, and the intuitive, naive interpretation of the trend allowed us to believe we had a lot of time. If the rate stayed the same as it looked in the first few weeks, then of course the situation was dire, but at least we had many months or even years to figure things out before the numbers would reach the dangerous levels we were warned about.

But the rate did not stay the same. Quickly it became evident that things were accelerating. And each time we punched down the numbers with a round of chemo, the cancer came back even faster than before. When my dad first checked into the hospital he was his smiling, energetic self, bothering the nurses and cleaning staff because he couldn't keep his mouth shut. The doctors were making jokes about how he made them look bad because he spent so much time walking the halls of the ward for exercise. It almost seemed impossible that he was sick. Two months later he was tired all the time and sleeping much of the day. Three months later he would nod off in the middle of a conversation, and I thought he was going to fall to his death every time he obstinately insisted on climbing a flight of stairs without help. Four months later he essentially choked on his own blood, as his heart was no longer able to pump the blasts through the capillaries of his lungs.

I can't help but see the common thread with the situation we are living through now with COVID-19. Like I suppose many people out there, for a few weeks now I have been following the numbers out of a sense of morbid curiosity. And just like we saw on the charts of my Dad's numbers, we can see the unmistakable shape of an exponential trend in the number of cases and the number of deaths over time. And based on our current understanding of the disease, this exponential trend is exactly what we should expect.

And as I sit here in Berlin, one week into a certain level of "lock down" I worry that gravity of the reality of an exponential trend like this is not yet taken seriously enough. As I see people still congregating in parks or on the streets, I worry that many of us are still taking comfort in the intuitive, naive understanding about how things grow and how long we have to react, much the same way we did when my dad first got sick.

Here in Germany, like many I suppose, we are watching the situation in northern Italy. Here I have heard several people blame the Italian government for the horrors which are unfolding there: people say it is only because Italy didn't take it seriously, their response was insufficient, and their healthcare system is shit. I can see how it would be comforting to believe it's only the failures of Italy's dysfunctional system are to blame, but I suspect the situation comes down to a cold, numerical reality: when the number of critical cases exceeds the number of ICU beds available, then the rest of the cases end in death. That is a an equation which will hold no matter how stable or well-functioning a state is: when the number of cases rises to a level which overwhelms the system, the system will cease to function.

And if that is indeed the reality, then the exponential trend should worry us quite a bit. For instance, here's a graph of the number of cases here in Germany: 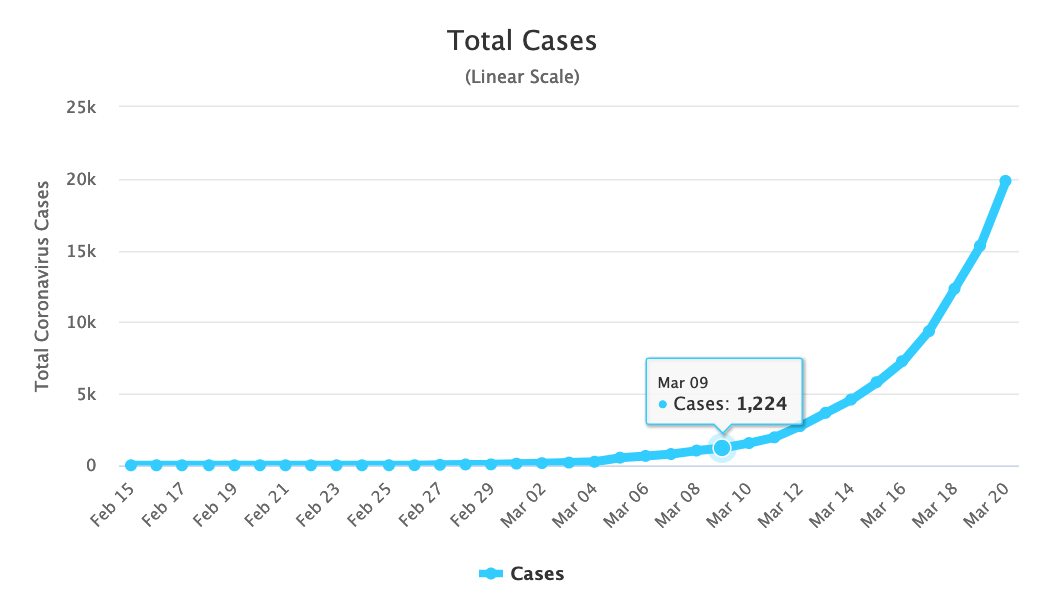 It's plain to see the exponential trend. On March 8th, we had about a thousand cases. Now we have over 20k just 12 days later. If the trend continues, and the number of infections continues to double every 3-4 days, that means there would be over a million cases in 3 weeks, and over 10 million in 5 weeks. There is no way we are ready for that number of sick people to be added to the system in that short length of time.

Exponential growth is fast. Faster than the human brain can really understand. The time to take it seriously is now.

So I recently finished a small Rust project: ddns is a utility for implementing dynamic DNS using the cloudflare…

Impressions of Rust as a Swift Developer: Memory Management

Like many developers, I have been interested in Rust for quite some time. Not only because it appears in…